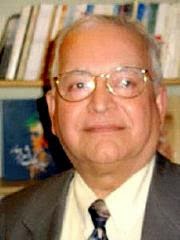 Dr. Younes Parsa Benab was born in Tabriz. He is currently professor of political science at Strayer University in Washington, DC. He was academic dean at Strayer University from 1986 to 2000. He has been a guest lecturer on politics and culture at various academic institutions in Washington DC, New Jersey, and Michigan during 1977 to 1979. As visiting professor in Georgetown University, Washington, DC at 1977, he taught an advanced course entitled “History of Peasant Revolts and National Libe...

ration Movements in the Middle East and North Africa. From 1972 to 1977 he was assistant professor of International Relations at Antioch College, Washington, DC. He is co-founder and co-editor of “RIPEH/Review of Iranian Political Economy and History” Journal, from 1975. He is also a member of the editorial board of Iran Bulletin, a political quarterly.
Dr. Parsa Benab has been publishing books and articles since 1973.
Some of his recent publications include:
- “One Hundred Years History of the Iranian Political Parties and Organizations, Volune 1”. (2004)
- “The Gilan Soviet Republic and Azadestan in Iranian Azerbaijan (1017-1921), A Study in the Linking”, (Iran Bulletin, winter/ Spring 2005)
- “The Strident Voice of Pan-Iranianism”, (Iran Bulletin, Summer 2004)
- “The Origin and Development Of Imperialist Contention In Iran”, (Iran Bulletin, Spring/Summer 1999)
تاریخ صد سالۀ احزاب و سازمانهای سیاسی ایران